The SCAM SJ8 Pro is a mid-range priced action camera, equipped with chips well known for their quality: the Ambarella H22 S85 and the Sony IMX377 sensor. Still in 2022 it was well placed between the expensives GoPros and the plethora low-end budget cameras. Unfortunately the support from SJCAM was ended in 2020 with the firwmare 1.3.2 still affected by various bugs, image quality and video codec settings definitely to be improved. Also the Adnroid app is disappointing.

Fortunately enough, being equipped with the Ambarella chip, it was possible to reverse engineer some of its firmware and API. Creating a custom firmware you can imporove the overall experience. It is important to remember that this took a lot of hard work.

The main honorable mention goes to the hacker VMax, which created the software BitrateEditor.

This is a breif list of customizations, see the README.txt contained into the archive for more details:

The SJ8 Pro camera has by default very low bitrates compared with other 4K action cameras. In the following table you can compare three cameras in various video modes. My custom settings are geared to always keep the standard quality and to film mainly at 1920×1080, to save space and battery.

NOTICE: For bitrates of 100 Mbit/s or above you have to consider the micro SD card performances. Recording a stream of 100 Mbit/s means writing a sustained stream of 12 Mb/s (megabytes/second). Checking the speed class ratings from the Wikipedia SD card page, you understand that you need at least a V30 Video Speed Class, or U3 UHS Speed Class.

I want at least 4 keyframes per second, so I can cut scenes without re-encoding with the precision of about 0.25 seconds. The original firmware instead put only a keyframe every second.

For my taste the two YUV profiles proviede by the stock 1.3.2 firmware are both too exagerated: the Vivid - SJCAM profile has too much contrast and colors are too much saturated, something that is eye-catching on a small smartphone screen, but is rather disturbing on a larger and good quality screen. By contrast the Flat profile is so washed-out that you almost never want to use it.

In my custom firmware I reduced contrast and saturation by changing gamma and chroma tables, so I decided to make all the YUV profiles neutral and equals. In this manner I cannot select by mistake an useless profile, like the factory Flat. This choice was preferred also due the fact that the user interface does not correctly report the YUV profile currently selected; if you select Flat you still read SJCAM - Vivid into the menu. A neutral YUV profile is obtained by setting the multiplier to 1024 (which means a slope of 1.0) and the offset to zero.

I initally made a firmware where the original gamma curves were replaced with neutral values. Each curve was replaced with an ascending linear line, it means a gamma value of 1.0 (i.e. no actual gamma transformation). Also the YUV coefficients were made all neutral: the multipliers are set to 1024 (which means a slope value of 1.0) and the offsets are set to 0. Using that firmware I filmed a color checker board and then I calculated a spline interpolation line for each RGB channel that will do a white balance on the color checker gray scale. I also filmed some real scenes including tarmac roads to be used as gray reference, then I imported some selected frames into the GIMP and used the Color Levels to make a manual gray balance on the screen. I repeated that procedures using the Sunny White Balance and the Auto White Balance setting of the camera.

It turned out that using the Auto White Balance is almost perfect for videos taken at mid-day hours of sunny days. Instead when using the Sunny White Balance, the blue channel should be reduced in shadows and augmented in highlights, the contrary is necessary for the green channel. After countless hours doing color checking, spline interpolations, linear regressions and flashing of custom firmwares, these are my conclusions:

Finally I decided to favor the automatic white balance setting: first of all I set a gamma value of 1.10 on all the RGB channels to reduce shadows, then I added some gray balance using the gamma values (0.973, 1.013, 0.960) for the three RGB channels. This correction penalizes the images taken in the central hours of the day, but in my opinion it is better for the ones taken in the morning and in the afternoon.

The curves so calculated were loaded for all the video modes tables: */255, */128 and */0 (despite the latter seems not used at all). For photo modes I leaved a linear gamma (no transformation at all), because I prefer to do color balancing in post-processing.

As you can see from the following graphs, my custom gamma curves have just a little deviation from the neutral 1.0 gamma: 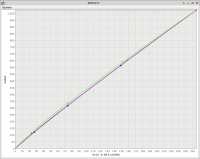 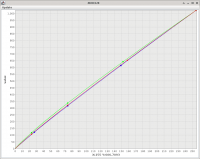 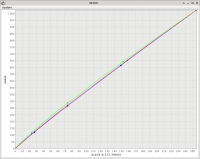 The gamma curves of the original 1.3.2 firmware do instead boost the image contrast by darkening the shadows and brightening the highlights: 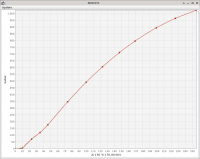 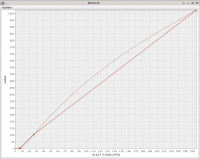 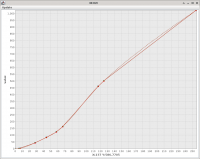 I think that the original chroma curves programmed into the SJ8 Pro are responsible for the over-saturated colors and for some annoying banding often visible in the blue sky. I changed the curves reducing smoothly the graph toward the highlights for the table */128 (used for evenly exposed parts of the image) and increasing smoothly the graph starting from the shadows for the table */0 (used for over-exposed parts of the image). Based on my testing the table */255 is responsible for very low chrominance applied only for heavy under-exposed images, so I leaved the original graph, which is a straight line all at the maximum value.

In the following images you can see my custom chroma curves: 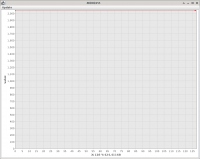 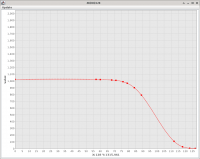 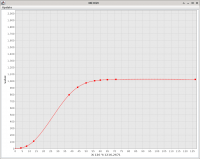 You can compare them with the stock chroma curves, from the original 1.3.2 firmware: 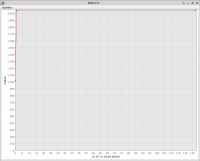 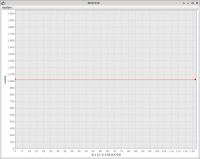 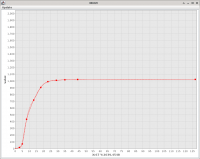 As far I can understand, the original curves */128 and */0 produce an over-saturation of colors in brigther areas of the image; this produces a sky that is often too light, with white clouds losing detail and becoming single white blobs.

I changed the original sounds for power-on, power-off and photo shutter with something more audible. They are simple and loud beeps, but with different patterns, so they can be distinguished.

The autoexec.ash file is not actually part of the firmware; if you want you can copy it into the root directory of the SD card. It is written in Ambarella Shell and it is executed at camera power on.

The autoexec.ash file included into the archive consists of a single line of code to disable the recording of the .LRV (low resolution video) files into the SD card. I don't use them at all, so it is a waste of space and CPU/battery to create them.